Features:
1. Abundant details
It is safer to use ABS environment-friendly materials for production.
2. Strong structure
The blocks are tightly meshed with each other, and the surface is smooth and free of burrs.
3. Vivid modeling design
The real object is three-dimensional and lifelike, with super-high degree of simulation and collection significance. 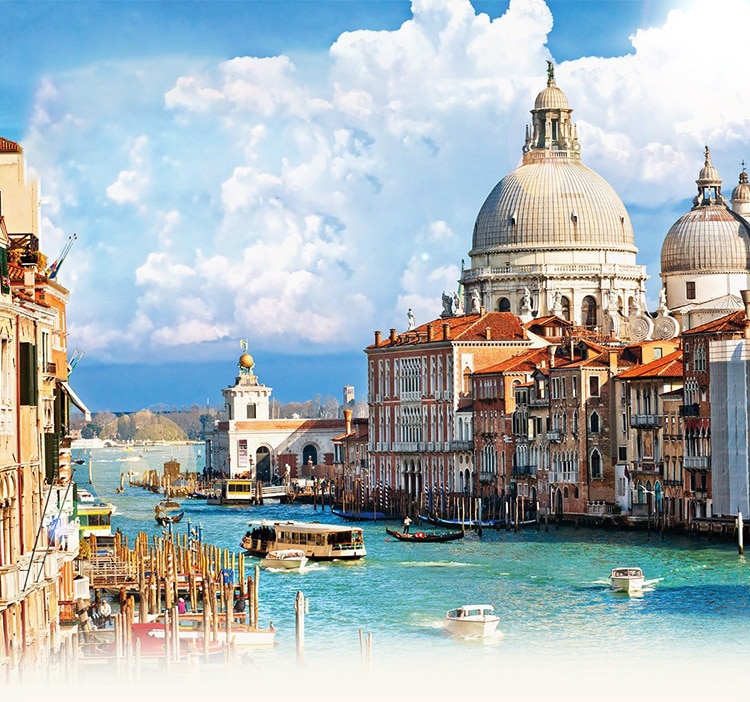 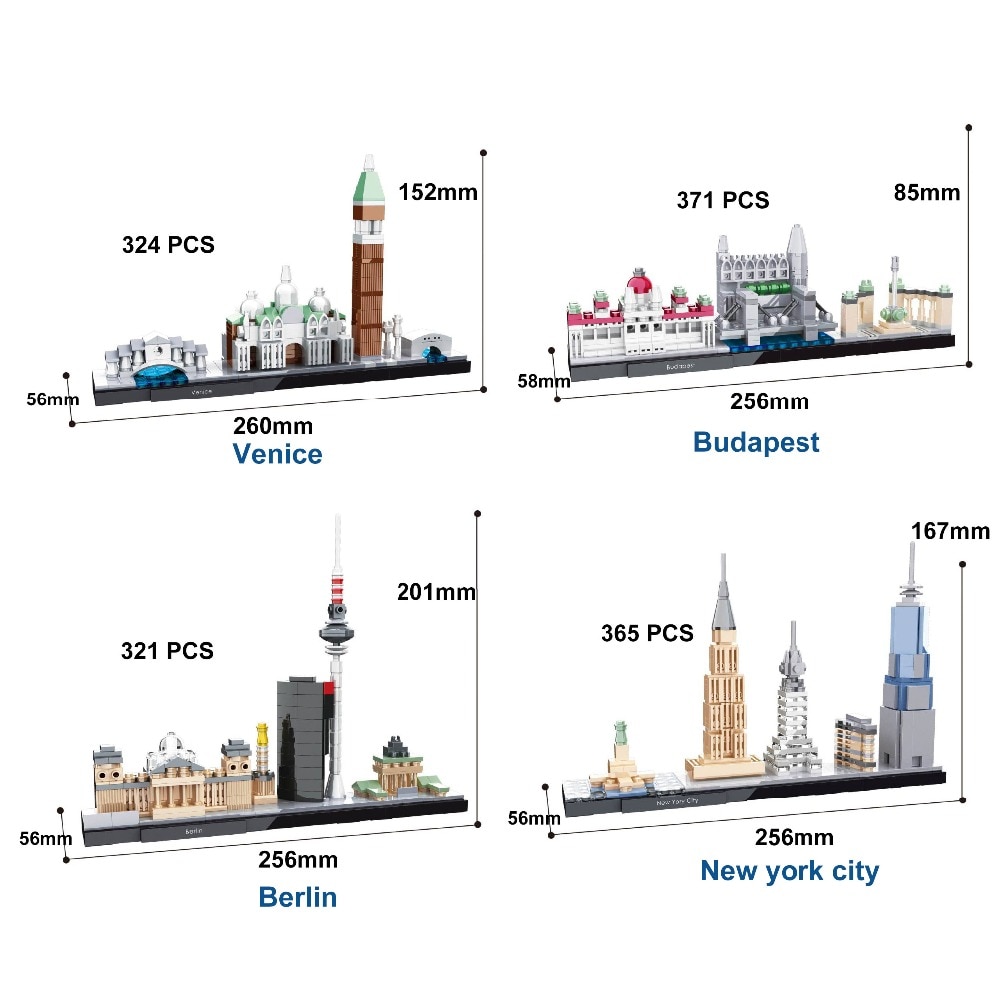 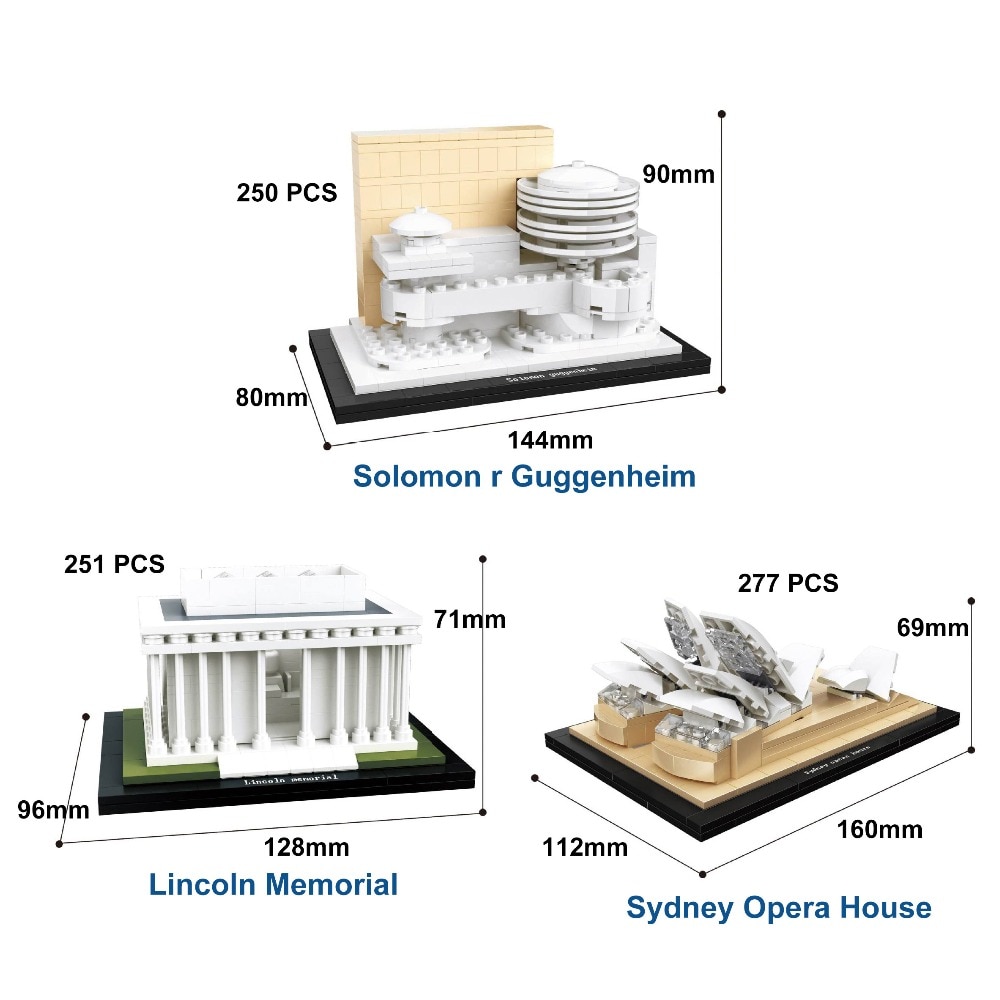 Venice is a famous tourist and industrial city in northeast Italy and the capital of Veneto. Venice was once the center of the Republic of Venice, known as the " Pearl of the Adriatic Sea", where the Crusaders gathered during the Crusades, making it one of the most romantic cities in the world. The downtown area of Venice covers 118 islands of Venice lagoon along the Adriatic Sea in northeast Italy and a nearby peninsula, with 117 waterways criss - crossing. This saltwater lagoon is located along the coastline between the Po and Piawe rivers.
Budapest belongs to Hungary and is the capital of Hungary. It is the national political, economic, cultural and scientific center. Budapest is a famous ancient city in Europe, located in the north-central part of the border and on both sides of the middle reaches of the Danube River. It was originally two distant cities. After centuries of expansion, it was merged by Buda and Gubuda on the left bank of the Danube River and Pais on the right bank in 1873. There was no Budapest before, but it was generally called Pace Buda in the past. Berlin is located in the northeast of Germany and is one of Germany's sixteen federal States. It is the only three city States in Germany with Hamburg and Bremen. It is surrounded by Brandenburg on all sides, and the spree river and Havel rivers pass through the city. New York City is located at the Hudson River estuary in southeast New York, bordering on the Atlantic Ocean. It consists of five districts: The Bronx, Brooklyn, Manhattan, Queens and Staten Island. The total area of the city is 1,214.4 square kilometers. New York is also the seat of the United Nations Headquarters, which is located on the East River of Manhattan Island. New York Guggenheim Museum, the full name of Solomon R Guggenheim Museum, is the headquarters of Guggenheim Art Museum Group. The building is a famous landmark in new York. It was designed by FrankLloydWright, the most famous American architect in the 20th century. The building is located at the corner of a street in new York City. It is very different from any other building. It can be said that it looks like a teacup or a huge white spring, perhaps because the spiral structure is also said to be like a conch. Lincoln Memorial is a memorial hall set up in memory of US President Lincoln. It is located on the west side of National Mall in Washington, D.C., in front of the approach road of Arlington Memorial Bridge and is in line with Congress and Washington Monument. The Lincoln Memorial Hall is managed by the National Horticultural Service of the United States and is open to the public free of charge all the year round.

Sydney Opera House, located in the northern part of Sydney's downtown area, is a landmark building in Sydney, designed by Danish architect Jorn joslash utzon, and under a shell-shaped roof is a water complex combining theater and hall. The internal structure of the opera house is modeled on Mayan culture and the Aztec temple. The building started construction in March 1959 and was officially completed and put into use on October 20, 1973, taking a total of 14 years.

Khalifa Tower was built in 2004. On the evening of January 4, 2010 local time, Dubai Chief Mohammed bin Rashid Al Maktoum unveiled the " Burj Khalifa" monument, known as " the world's tallest building", announcing the official completion of the building and renaming it " Khalifa Tower".

Elizabeth Tower, formerly called Big Ben, is one of the world's famous Gothic buildings, the landmark of London. In June 2012, Britain announced that it had renamed the Clock Tower of London's famous landmark " Big Ben" as " Elizabeth tower".

The Leaning Tower of Pisa ( in Italian: Torre pendente di Pisa or Torre di Pisa, English: Leaning Tower of Pisa ) was built in August 1173. It is a freestanding bell tower of the Italian city of Pisa, located in Miracle Square to the north of Pisa in Tuscany, Italy.
Happy Customer Photos: 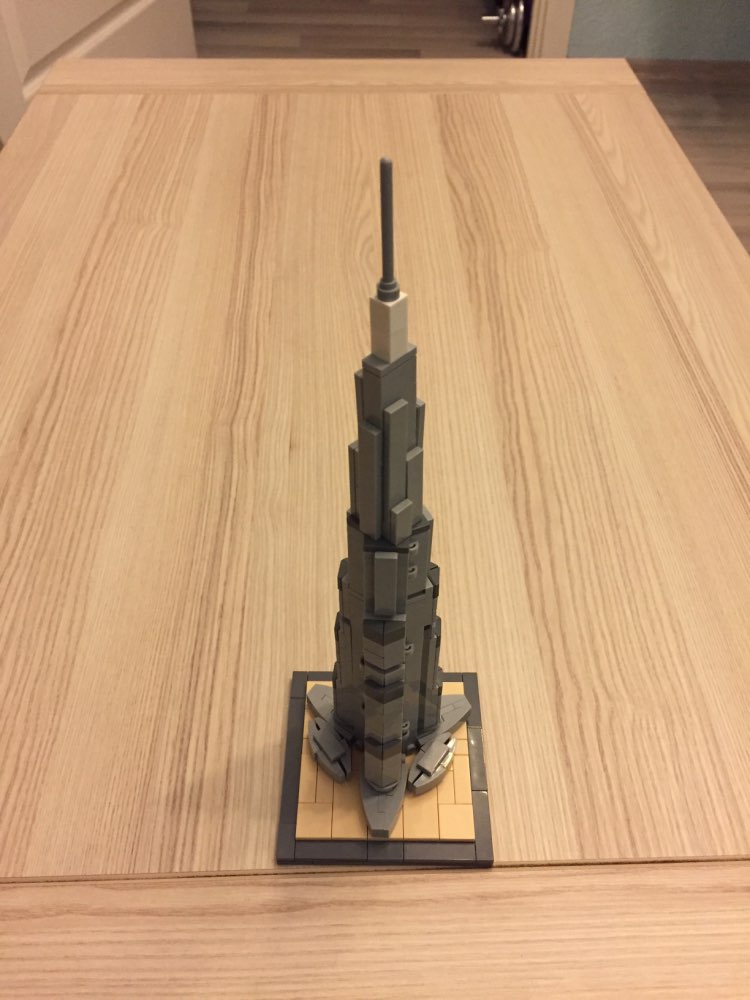 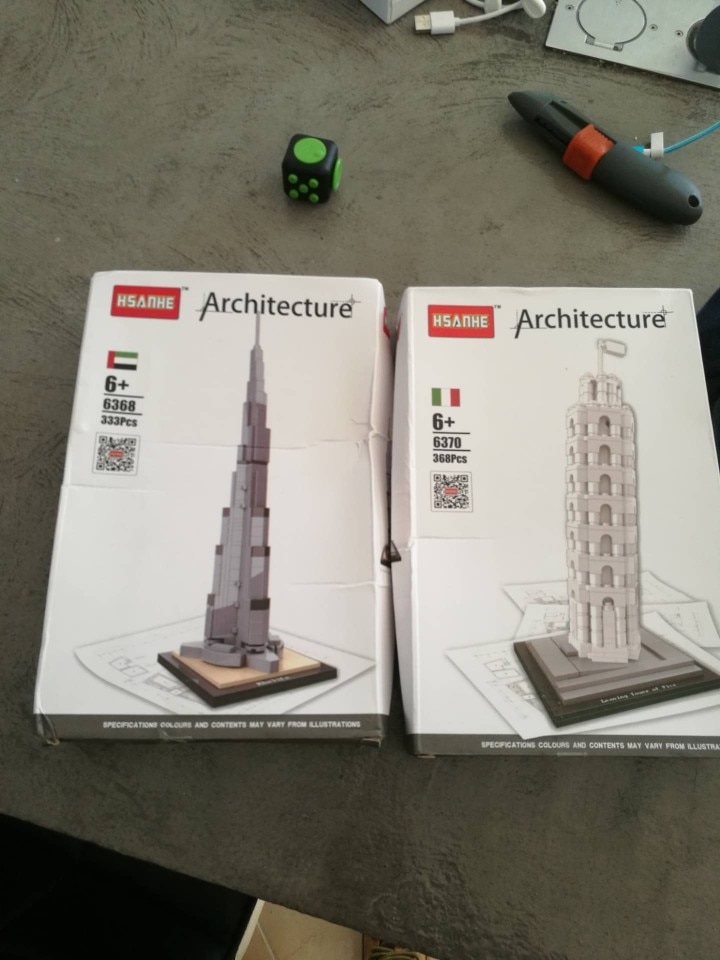 We truly believe in the best customer support, that is why we will do whatever it takes to make sure you have a positive purchasing experience. We respond within 24 hours of emails and will make sure all your concerns are answered ASAP.

If you have any concerns about shipping or store policy, please visit our Store Policy page to get more details.

Sign up to join the monthly giveaway, get the latest on sales, new releases and more …